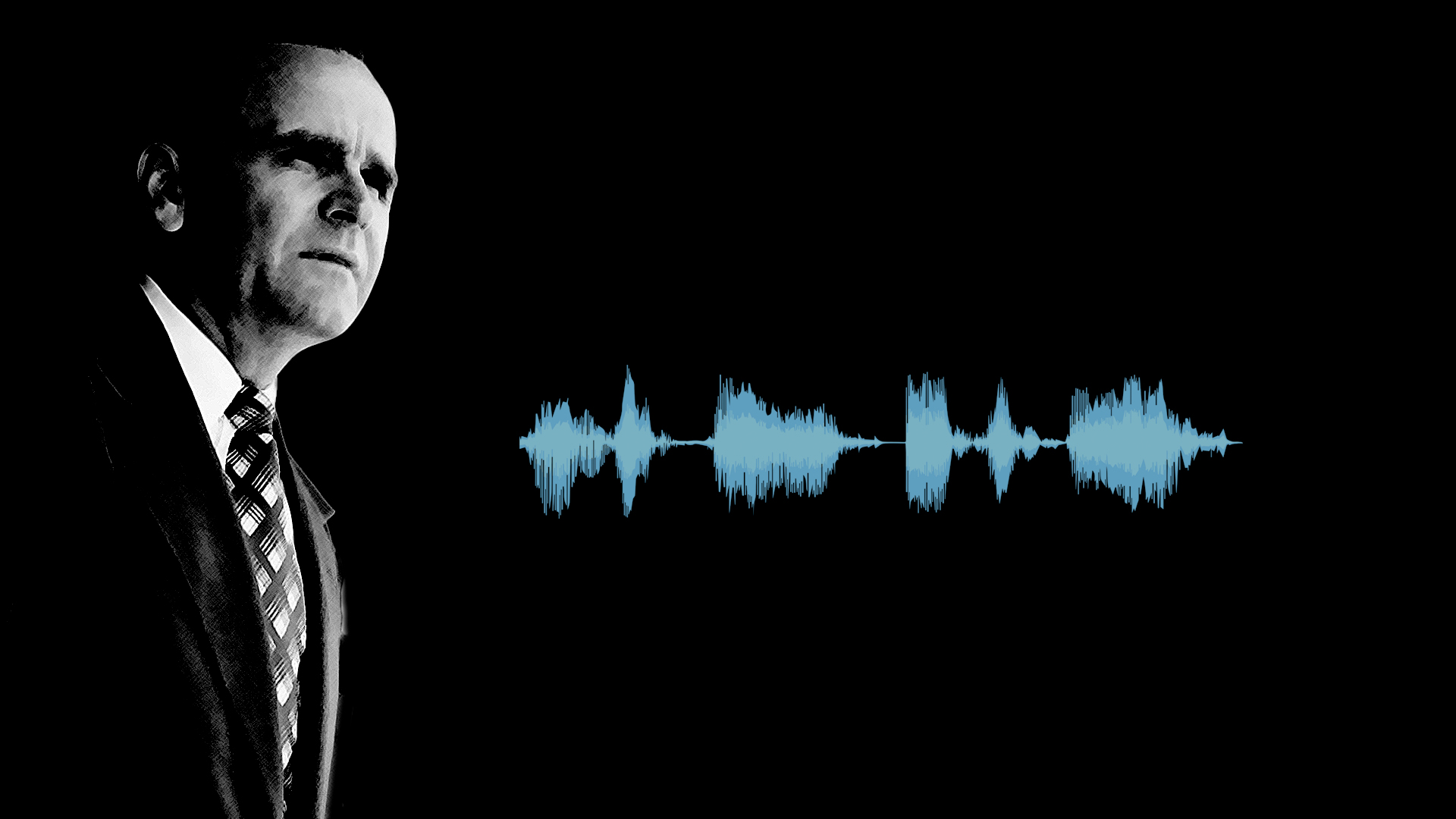 But In The Days Of The Voice... 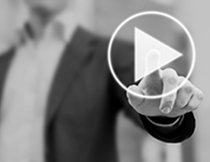 Sunday services are held at the YFYC Building
5010 Progress Way, Sellersburg, IN 47172
Directions 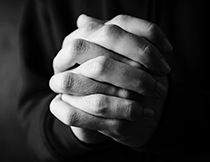 Mondays: 12pm - 3pm
Wednesdays: 5pm - 8pm
In-Person services at the Branham Tabernacle and the YFYC are cancelled due to COVID-19 restrictions and current construction project.

We have made our decision. The Message has been proven. The Son of Man has come again in human flesh to reveal His Word. The traditional veil has been rent apart. Here He is, the Pillar of Fire, standing in plain view, manifesting the Word for this day. We see It, and we believe It… EVERY WORD!!

We’ve listened to each one of them tapes as they come down. It has become plainer and plainer to us as we hear each One. We’ve searched the Scriptures. God’s Word has been manifested and vindicated to us. William Marrion Branham spoke It, then God brought it to pass.

What is It? Deity veiled in human flesh. Think of It! The same Pillar of Fire that come upon those men that wrote the Bible, is the same Pillar of Fire with us today, interpreting the Bible. His Word, these Tapes, are making us become more like Him daily. We are living in His Presence and being conformed to His blessed image as we walk with Him and He speaks to us.

You’re not behind that veil anymore, little Ones, God has come in full view of you.

We are not behind that veil, we see it in full view. It is the Shewbread that we feast on as we unite together around the world to hear The Son of Man speak to us and reveal His Word. It’s the believers’ Food that is ONLY for the true believer.

Others may want different food, but for us, it has been revealed, God sent His Word to One Man, not a group, One man.

It’s always been, a prophet came with the Word of the Lord, each age, every time, down through the Scripture. The Word comes to ONE. In every age, the same, even in the church ages, from the very first to the last. Others have their places, that’s right, notice, but stay away from that Pillar of Fire.

We want the Voice of God that has been recorded and placed on tape, the Word that needs NO INTERPRETATION, NO EXPLAINING, JUST PURE WORD, hidden Manna.

The Bridegroom has come in human flesh and is uniting us together; the Word and His Church, and we are now becoming ONE. It is the manifestation of the revealing of the Son of Man, Jesus Christ in human flesh again. He’s uniting us and taking us to the Wedding Supper He has prepared for His Bride.

This Message is the perfect ministry of Himself, not some man, not some denomination like down through that ages, but Himself, manifesting Himself: Saint Luke 17:30, Malachi 4, Revelation 10:7, Hebrews 13:8.

If you’re looking for something else, or someone else, to reveal more to you then what is on the tapes, you missed It my friends. Come back to the Original Word. The perfect Word. It’s not me, it’s not your pastor, It is THIS WORD, THIS MESSAGE, THESE TAPES, for they are the ONLY proven and vindicated Voice of God.

Come listen to that Voice unveil Himself this Sunday at 2:00 P.M., Jeffersonville time, as we unite together to hear God speak His Message to His Bride: The Unveiling Of God 64-0614M

Scriptures to read before hearing the Message:

The Bride is getting ready to have yet another revival in our soul. The Holy Spirit will once again unite us together to hear the Word PROVE to us: who we are, where we come from and where we are going.

Listen close, for we have come to the end. God has forced the issue. The time has come for action, you must make a decision. The Son of Man has come and fulfilled all Scriptures spoken of Himself. He has proven It by the Word. Where do you stand?

The question that you must ask yourself today is: Who was this 7th angel messenger God foretold He would send? Did he, or did he not have the Words of infallibility as he said he did? Did he fulfill all the Scriptures spoken about himself? Did the Message he spoke have mistakes?

Is it written in the Word that we need more than what was spoken by God’s 7th angel messenger? Did He say He would send someone to interpret what His messenger said? Does the Word say He will send a group of men to lead and unite His Bride? Does He say you don’t have to believe every Word?

If you claim you believe: This is the message of the hour. William Marrion Branham was the 7th angel that God sent to reveal all the mysteries. It is the Son of Man revealing Himself. Let us then see what this angel messenger said about WHO he was.

Now, remember, that was not Jesus talking to Abraham there, that could discern the thoughts in Sarah’s mind behind Him. That was not Jesus, He had not yet been born. But it was a Man in human flesh, that Abraham called “Elohim, the great Almighty.” Showing…And Jesus said, “As it was in the days of Sodom,” now watch close, “in the days of Sodom, so will it be at the coming of the Son of man, when the Son of man is being revealed.” Not no more as a church, see, not no more; the Bride is called, see. “In that day the Son of man will be revealed.” What? To join the Church to the Head, unite, the marriage of the Bride. The Bridegroom call will come right through this, when the Son of man will come down and come in human flesh to unite the two together.

When WHO will come and unite the Bride? A group of men? The ministry? The Son of man will come down and come in human flesh to unite the two together. And what will this Son of Man, a person in human flesh do? Join the Church to the Head, unite, the marriage of the Bride.

We know The Son of Man is the Word for today. But WHO was that man in human flesh that the Son of Man revealed Himself through? It had to be a prophet; for the Word comes ONLY to a prophet and the prophet is the ONLY divine interpreter of The Word.

The Church has to be the Word, He is the Word, and the two unites together, and, to do that, it’ll take the manifestation of the revealing of the Son of man. Not a clergyman.

What will it take to unite the Bride to the Word? Not a clergyman, it will take:

I—I don’t know, I…Do you see what I mean? See, it’s Son of man, Jesus Christ, will come down in human flesh among us, and will make His Word so real that it’ll unite the Church and Him as one, the Bride, and then She’ll go Home to the Wedding Supper.

Jesus Christ, the Son of Man, revealing Himself through His messenger will unite His Church and Himself as ONE and we’ll go Home to the Wedding Supper. There It is, in plain English.

It is not me saying that, it is not my idea or thought, hear it for yourself. It is God speaking to His Bride through His 7th angel as He promised He would in His Word. Not man, GOD.

The enemy says to you, “they are worshiping a man.” I defy you Satan, we don’t worship the man speaking, but the LORD JESUS CHRIST speaking through the one HE CHOSE to speak through.

Amen. She’s already united, see, we go to the Wedding Supper, not to the marriage. “…fill your flesh…self, of all the flesh of mighty men, ’cause the marriage of the Lamb has come.” But, the Rapture, is going to the Wedding Supper. When, the Word here unites with the person, and they two become one. And then what does it do then? It manifests the Son of man again, not the church theologians. The Son of man! The Word and the Church becomes one. Whatever the Son of man done, He was the Word, the Church does the same thing.

There it is again, God telling us what HE is doing right now, UNITING US BY HIS WORD SPOKEN THROUGH THE SON OF MAN. The Word and the Church (US) are becoming one.

You must believe every Word. Don’t listen to man or man’s reasoning.

And you that’s sitting right here now, if you want me to call your names, it’s been, Satan’s been trying a long time to get you to doubt me. Don’t you do that. Sister, if you do that, well, you…or, not me, but just doubt. Just believe this Word. You don’t have to believe me, but you believe This. See? If I say this Word, It’s not mine, It’s His. My word’s different, but This is His.

It’s not the word of William Marrion Branham, it’s God’s Word, and Satan is wanting you to doubt just one Word.

And when there’s anything in question, it should be proven until you find out what is right. And then as you find what is right, It said, “Hold fast.” In other words, “Grip it, don’t turn it loose. Hold it fast!” In other words, “Hold it tight, so that it will not slip.” Hold fast to that which is good, after it’s been proven “right.” And anything that’s proven “not right,” then turn it loose as quick as you can, get away from it.

Come join us Sunday at 2:00 P.M., Jeffersonville time, to hear Father speak through His chosen messenger to unite us for the Rapture as He tells us He is Proving His Word 64-0816.

Scriptures to read before service:

Let us unite together Sunday at 2:00 P.M. Jeffersonville time and hear all about The Future Home Of The Heavenly Bridegroom And The Earthly Bride - 64-0802.

During the course of the Coronavirus pandemic, we realize there could be members of the Branham Tabernacle in desperate financial need who cannot obtain the necessities of living, such as food and sustainable goods. Because we do not have the opportunity to speak with you at Church because of the group restrictions, please email us at BT@branham.org, or call us at 812-924-8200, if you are in this situation of need. The deacon board would be glad to investigate your situation.

I am so thankful that Father has prepared us, His Bride, for these things, both in the natural and in the Spiritual. I am certainly calling each of your names before Him in prayer.

There are policies with regards to saved seating at both the Branham Tabernacle and the YFYC. We appreciate your cooperation with the following:

We realize that there will be exceptions to these policies, and ask that you contact one of the deacons with any questions you have, so we may accommodate your special needs.

Thank you in advance for your assistance with these things, which we believe will make the services even more enjoyable for everyone.

Show More
From the Trustee Board

Many people have asked how to pay their tithes and offerings to the Branham Tabernacle while we are closed due to the Coronavirus. We would prefer you mail them to:

Our prayers are certainly with all our brothers and sisters around the world as this virus persists. For donations to Voice of God Recordings, please continue to use: